roll over image to zoom 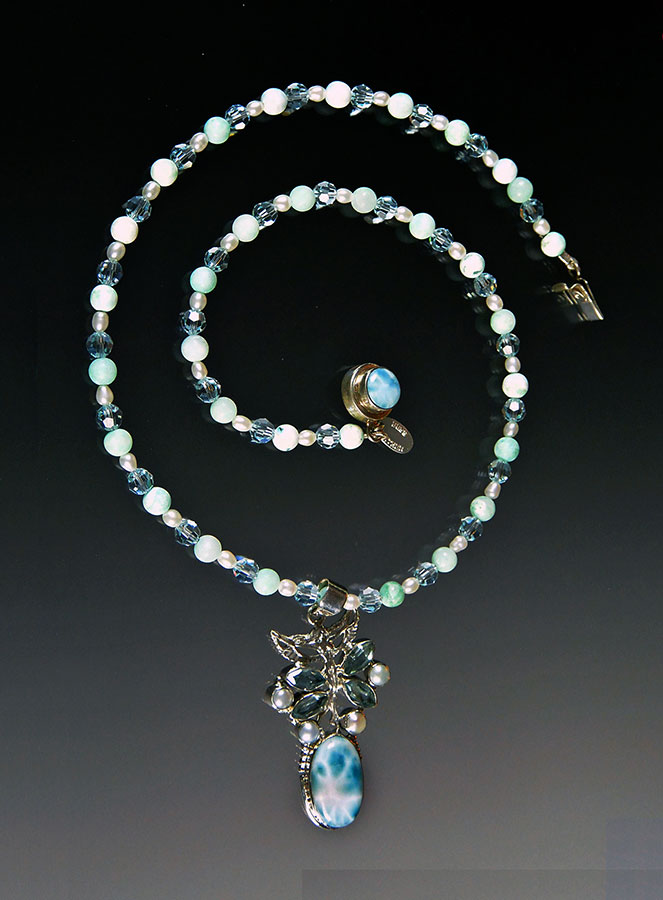 
*Larimar is a distinctive rare gemstone found exclusively in a remote mountainous region in the Dominican Republic. It is prized by gemologists for its brilliant volcanic blue coloration containing sky blue, pale blue, green and jade, reflecting the surrounding Caribbean Sea. The Taino Indians who lived in the area 1,000 years before Columbus arrived probably used this rare stone. It was only officially "discovered" and named in 1974 when a local artisan, Miguel Mendez, traced the source and had it validated by the Smithsonian Institution. He named it Larimar after his daughter Larissa and the Spanish word for the sea.

Return to this artist's available work