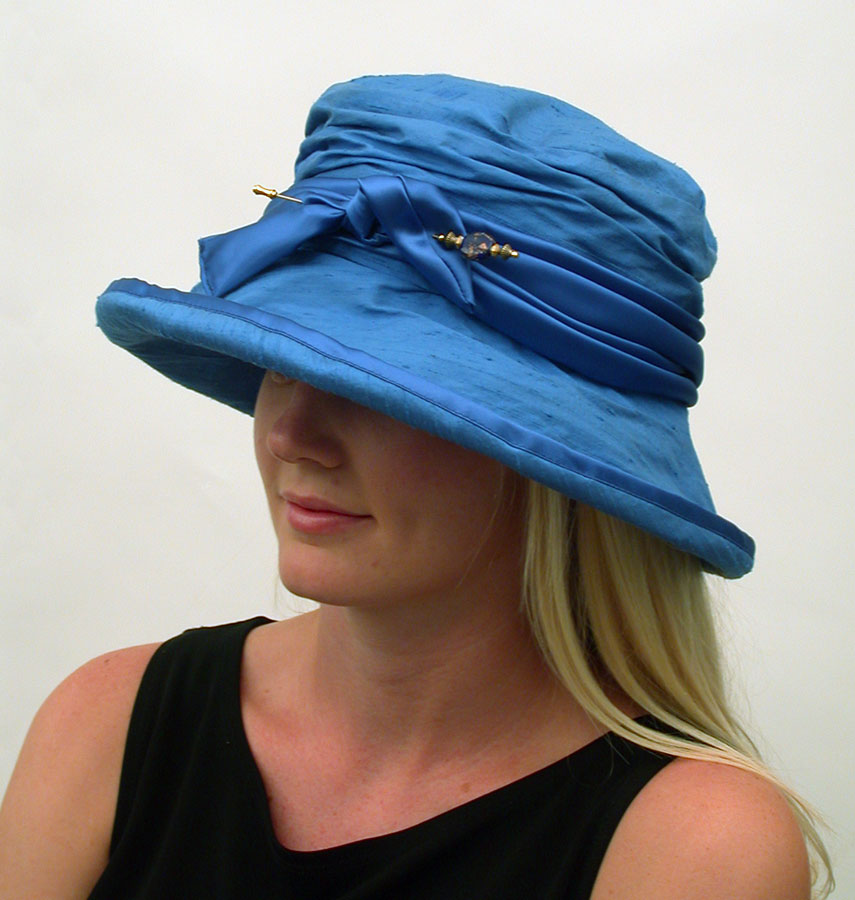 Tatiana Rakhmanina was born in St. Petersburg, Russia. The art of making hats was passed on to her by her grandmother, who was a hat maker in the “golden age of hats”—the first half of the 20th century. Since moving to the United States in 1990, Tatiana took up millinery as a life style. Her studio is located in the mountains of West Virginia. The soft style crushable hats are made of velvets, wools, leather, cottons, silks, linens, and man-made materials for comfort. The romantic and feminine fashions of the first half of the twentieth century, as well as the works of some modern artists inspire many of Tatiana's designs. The artist enjoys a special relationship with her clients in Australia, Germany, Switzerland, Norway, Brazil, Russia, and the United States.

I fell in love with these (Amy Kahn Russell) designs because of the fact that beautiful, handcrafted clips are rare and hard to find. Thank you for the personal service. I look forward to doing business with you again soon.